No place on Earth equal to Kaaba

It has been rebuilt several times 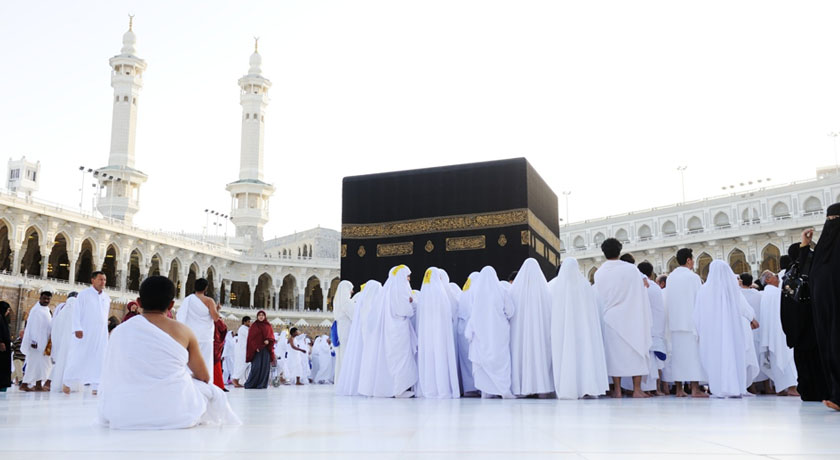 Since then, there has been an average of one major reconstruction every few centuries. The last renovation was carried out in 1996 and was extremely thorough, which led to the replacement of many of the stones and the strengthening of the foundations and a new roof. It is likely to be the last reconstruction for many centuries (Insha’Allah), since modern techniques mean that the building is safer and more stable than ever.

It used to be multicolored

We are so used to the Kaaba being covered with the black Kiswah brand with gold bands that we cannot imagine that it is of another color. However, this tradition seems to have begun at the time of the Abbasids (whose home color was black) and before this, the Kaaba was covered in multiple colors, including green, red and white.

The keys are in the hands of a family

“Take, O Bani Talha, eternally until the Day of Resurrection, and it will not be taken from you unless it is by an unjust and oppressive tyrant.”

Be it Caliph, Sultan or King, the most powerful men in the world have had to submit to the words of the Prophet sallAllahu alayhi wa sallam (peace and blessings of Allah be upon him) and ask permission of this small Makkan family before that they can enter the Kaaba

It used to be open for all

Until recently, the Kaaba was opened twice a week for anyone to enter and pray. However, due to the rapid expansion in the number of pilgrims and other factors, the Kaaba now opens only twice a year for dignitaries and exclusive guests only.

You used to be able to swim around

One of the problems of having the Kaaba located at the bottom of a valley is that when it rains, the valleys tend to flood. This was not an unusual occurrence in Mecca and the cause of many problems before the days of flood control systems and sewage. For days and days the Kaaba would be half submerged in the water. Did that stop Muslims from performing Tawaaf? Of course, no. As the following image shows, the Muslims simply began to swim around the Kaaba.